With the German car manufacturer having got a better handle on the porpoising problems that blighted the early part of its campaign, it has been able to devote more resource in recent races to unlocking more normal performance developments.

That included a raft of changes at the British Grand Prix that helped Lewis Hamilton challenge Ferrari for the race win before he eventually came home in third.

Well aware that it still needs to find more lap time if it is to become a regular threat for victories, the team is expected to introduce a quite extensive upgrade for this weekend’s race at Paul Ricard.

Team boss Toto Wolff said that a recent run of podiums showed the team was heading in the right direction, but said it still needed more.

“We scored three podiums in the first seven races, and we have now achieved four in the last four,” he said.

“I’m pleased with the momentum we are building, and it reflects the mammoth effort of the team. Our understanding of the W13 is growing with every lap and it’s encouraging to see that reflected in our development and results.

“While we were quicker in Austria, we still weren’t quick enough to challenge at the front. We need to keep chasing those final few tenths and bringing new developments to the cars, including this weekend in France.”

While the full scope of Mercedes’ developments will likely remain hidden until Friday morning, the Brackley-based squad looks set to run with an all-new nose design. 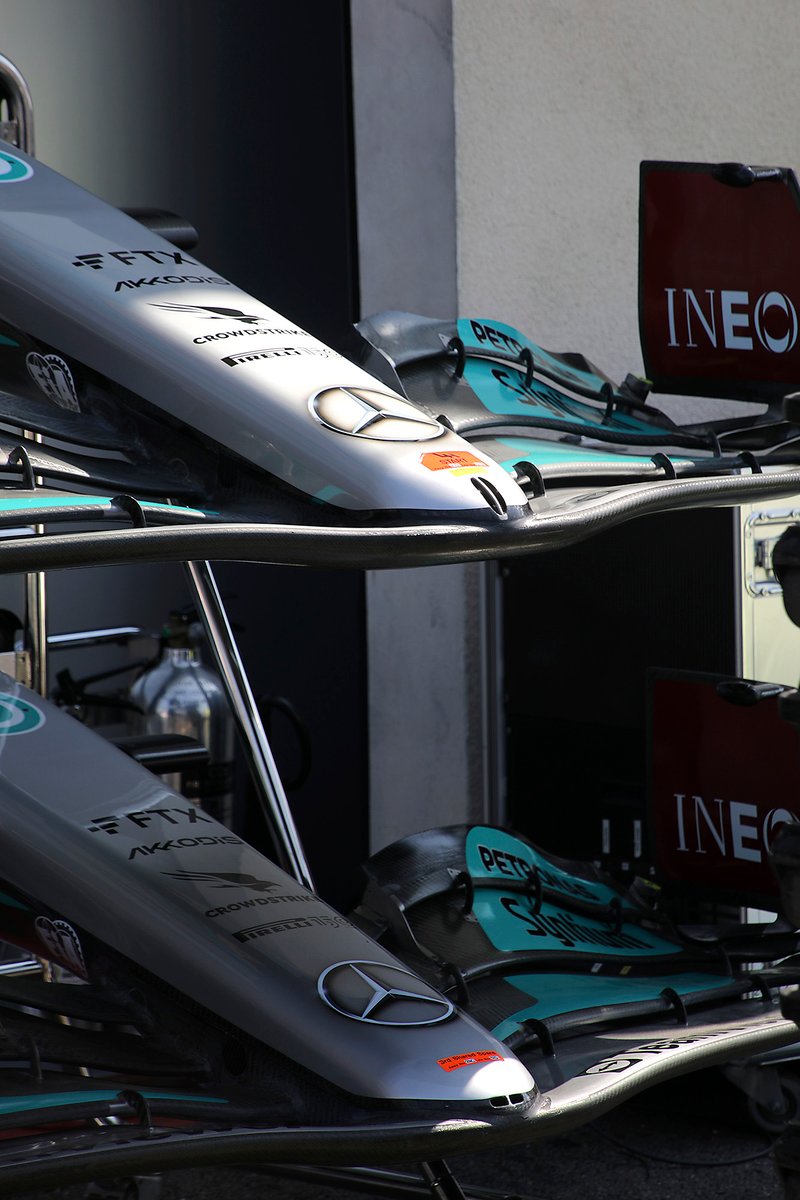 The design features a different profile to the previous flatter version (new nose top above), and appears more refined in its tapering as it merges with the rest of the nose structure.

Mercedes has been chasing improved straightline speed performance with its W13, and it could be the new shaped nose is an attempt to reduce drag.

The new design also features a different approach to the driver cooling holes at the front tip – although this could be triggered by the hot temperatures expected in France this weekend.

This weekend’s French Grand Prix is viewed as one of Mercedes’ best chances of grabbing a race victory this season, with the smooth track surface and the high-speed nature of the track perfectly suited to the characteristics of its 2022 challenger. 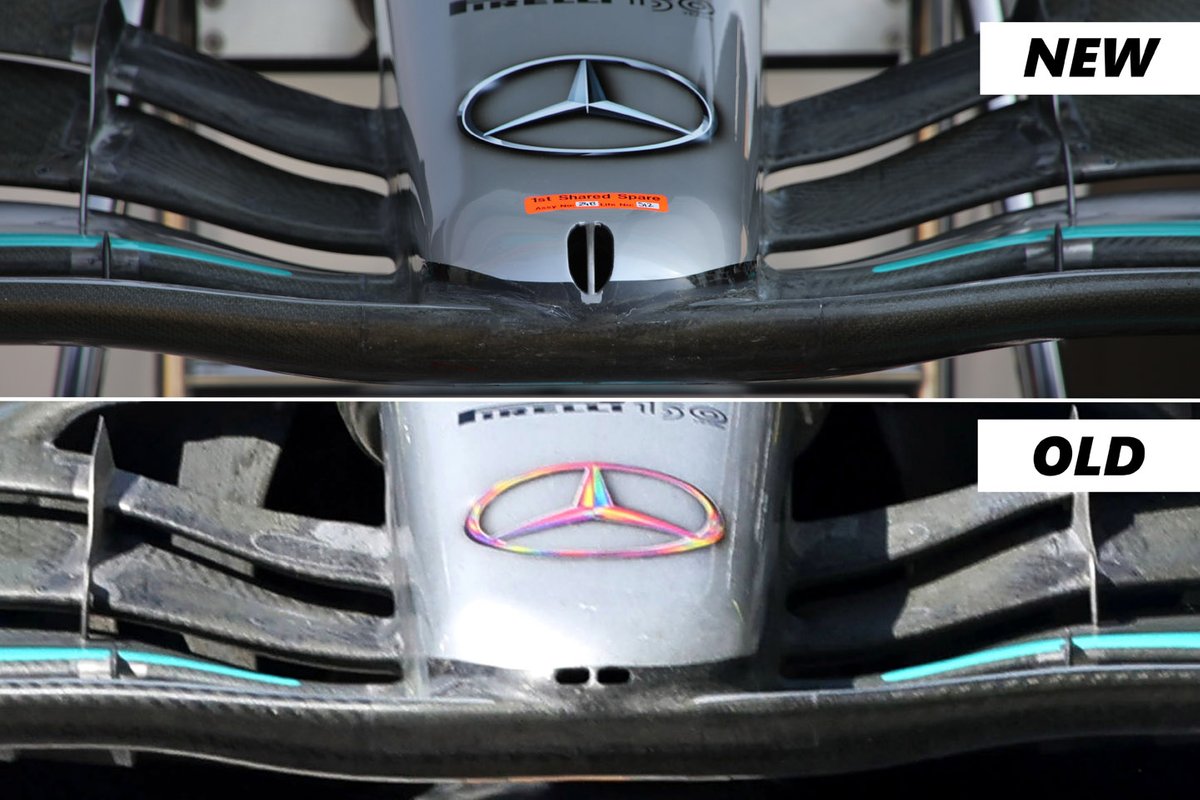